Undernutrition continues to adversely affect the majority of women in India. In India, every third woman is undernourished and every second woman is anaemic. An undernourished mother almost inevitably gives birth to a low birth weight baby. When poor nutrition starts in - utero, it extends throughout the life cycle since the changes are largely irreversible. Owing to economic and social distress many women continue to work to earn a living for their family right up to the last days of their pregnancy. Furthermore, they resume working soon after childbirth, even though their bodies might not permit it, thus preventing their bodies from fully recovering on one hand, and also impeding their ability to exclusively breastfeed their young infant in the first six months. 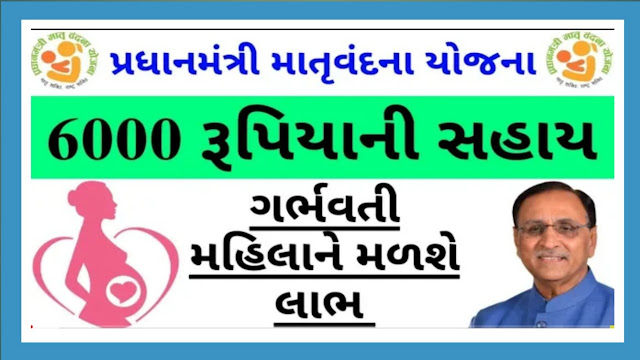 Pradhan Mantri Matru Vandana Yojana (PMMVY) is a Maternity Benefit Programme that is implemented in all the districts of the country in accordance with the provision of the National Food Security Act, 2013.

Objectives:
Providing partial compensation for the wage loss in terms of cash incentive s so that the woman can take adequate rest before and after delivery of the first living child.

The cash incentive provided would lead to improved health-seeking behaviour amongst the Pregnant Women and Lactating Mothers (PW& LM).

Target beneficiaries:
All Pregnant Women and Lactating Mothers, excluding PW&LM who are in regular employment with the Central Government or the State Governments or PSUs or those who are in receipt of similar benefits under any law for the time being in force.

All eligible Pregnant Women and Lactating Mothers who have their pregnancy on or after 01.01.2017 for first child in family.

The date and stage of pregnancy for a beneficiary would be counted with respect to her LMP date as mentioned in the MCP card.

Case of Miscarriage/Still Birth :
A beneficiary is eligible to receive benefits under the scheme only once.

In case of miscarriage/stillbirth, the beneficiary would be eligible to claim the remaining instalment(s) in event of any future pregnancy.

Pregnant and Lactating AWWs/ AWHs/ ASHA may also avail the benefits under the PMMVY subject to fulfilment of scheme conditionalities.

The eligible beneficiaries would receive the incentive given under the Janani Suraksha Yojana (JSY) for Institutional delivery and the incentive received under JSY would be accounted towards maternity benefits so that on an average a woman gets Rs 6000.

Registration under the Scheme:
The eligible women desirous of availing maternity benefits are required to register under the scheme at the Anganwadi Centre ( AWC ) / approved Health facility depending upon the implementing department for that particular State /UT


For registration, the beneficiary shall submit the prescribed application Form 1 - A, complete in all respects, along with the relevant documents and undertaking/consent duly signed by her and her husband, at the AWC/ approved Health facility. While submitting the form, the beneficiary will be required to submit her and her husband’s Aadhaar details with their written consents, her/husband/family member’s Mobile Number and her Bank/Post Office account details.

The prescribed form (s) can be obtained from the AWC/ approved Health facility free of cost. The form(s) can also be downloaded from the website of Ministry of Women and Child Development.

The beneficiary would be required to fill up the prescribed scheme forms for registration and claim of the instalment and submit the same at the Anganwadi Centre/ approved Health facility. The beneficiary should obtain acknowledgement from Anganwadi Worker/ASHA/ANM for record and future reference.

For registration and claim of first instalment, duly filled Form 1 - A along with copy of MCP Card (Mother and Child Protection Card), Proof of Identity of Beneficiary and her Husband (Aadhaar Card or permitted Alternate ID Proof of both and Bank/ Post Office Account details of the beneficiary is required to be submitted.

For claiming second instalment, beneficiary is required to submit duly filled up Form 1 - B after six months of pregnancy, along with the copy of MCP Card showing at least one ANC.

For claiming third instalment, beneficiary is required to submit duly filled up Form 1 - C along with copy of childbirth registration and copy of MCP card showing that the child has received the first cycle of immunization or its equivalent/substitute.

In case a beneficiary has complied the conditionalities stipulated under the scheme but could not register/submit claims within the stipulated time can submit claim(s) - A beneficiary can apply, at any point of time but not later than 730 days of pregnancy, even if she had not claimed any of the instalments earlier but fulfils eligibility criterion and conditionalities for receiving benefits. In cases where LMP date is not recorded in MCP card viz. a beneficiary is coming for claim of third instalment under the scheme, the claim in such cases must be submitted within 460 days from the date of birth of the child beyond which period no claim shall be entertained.
Share on Facebook
Share on Twitter
Share on Google+
Share on LinkedIn
Newer Post Older Post Home