Home » news » Lpg Cylinder Subsidy Is Zero, Know How Much You Will Benefit
news

Lpg Cylinder Subsidy Is Zero, Know How Much You Will Benefit

Amid the Corona crisis in the country , there has been good news for the government and consumers regarding LPG cylinders. The government is now getting LPG at cheaper prices due to the continuous decline in crude oil and gas prices in the international market. This is the reason why the government no longer has to incur any expenditure as a subsidy given in the domestic market. This means that now the subsidy on LPG cylinders has reached zero. What is shocking is that from this month onwards, the government will earn Rs 120 per cylinder even after subsidizing the consumer. 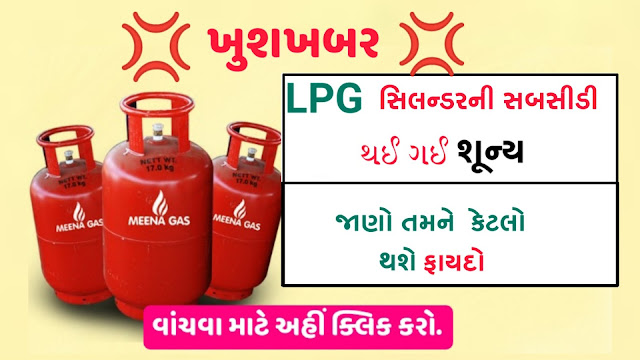 Gas became cheaper in the international market
One of the reasons is that for the last few months, the government has been raising the price of unsubsidised cylinders for domestic consumers. That is, on the one hand the government had increased prices, on the other hand gas has become cheaper in the international market. As a result, the subsidy was reduced to almost zero.

The central government launched the Direct Benefit Transfer DBT scheme in January 2015. Under this scheme, the consumer pays the market price of LPG cylinders and the government sends the subsidy directly to their account.