Relief News For Farmers: Pak Dhiran Date Extended: The news of relief for the farmers has come as the Corona has laid maza on one side and the unseasonal rains on the other have hit the farmers this time. The time limit for repaying crop loans has been extended by 3 months. May 31 was the deadline but now crop loans can be paid till August 31. 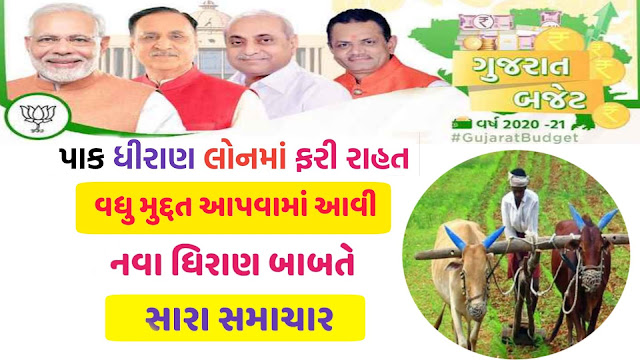 It is the turn of farmers to face difficulties due to lockdown. Then there is the news of relief for the farmers. The central government has taken an important decision for the farmers.

On the other hand, in the last 24 hours, 372 positive cases have been registered against Ahmedabad. In Ahmedabad, the number has crossed 11,500 with 253 more positive cases. On the other hand, 20 more people have died due to corona in the state, while 68 patients are still on ventilators. Thus, the total number of corona deaths in the state has risen to 980. A total of 15944 cases have been registered in the state so far.
Share on Facebook
Share on Twitter
Share on Google+
Share on LinkedIn
Newer Post Older Post Home