Dear Readers, Today we bring For you Gujarati News Papers and Sites 2020 list for you which can help all news papers read from home in your smartphone. 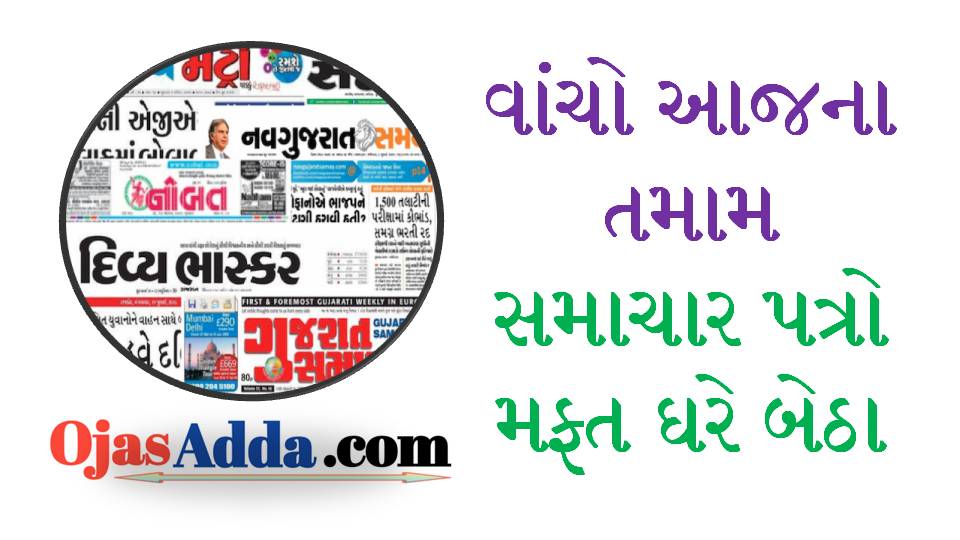 Divya Bhaskar is a Gujarati newspaper in Gujarat, India, owned by D B Corp Ltd. It is one of the highest circulation Gujarati dailies, with the most number of editions in Gujarat

Sandesh is a leading daily newspaper in Gujarat. It is published in Gujarati and was founded in 1923. The Ahmedabad-based Gujarati newspaper is also published from Mumbai, Vadodara, Bhuj, Surat, Rajkot and Bhavnagar. Headquarters: Ahmedabad, Gujarat, IndiaOwner(s): The Sandesh Ltd.Founded: 1923

Gujarat Samachar is a Gujarati language daily newspaper in India. It has headquarter in Ahmedabad. It has one branch in Surat as well and distributes editions from Ahmedabad, Vadodara, Surat, Rajkot, Bhavnagar, Mumbai, Mehsana, Bhuj and New York City.

NavGujarat Samay is a Gujarati language broadsheet daily newspaper from The Times Group. It was launched in Ahmedabad, India on 16 January 2014 to cater to vernacular language readers of Gujarat.

Mumbai Samachar, is the oldest continuously published newspaper in India. Established in 1822 by Fardunjee Marzban, it is published in Gujarati and English.

Gujaratmitra is a leading daily newspaper of Surat and Gujarat in India. It is published from Surat, in Gujarati. It was founded in 1863 and is one of the oldest newspapers of India.

I am Gujarat Gujarati News – I am Gujarat, Gujarati Samachar website brings news in Gujarati, ગુજરાતી સમાચાર from Gujarat, India and World.

Sanj Samachar Gets news of your region and around the world from one of the most popular afternoon evening daily newspaper of Gujarat – Sanj Samachar.

Kutchmitra is a Gujarati language daily published from Bhuj, Kutch district, Gujarat, India. It is owned by Janmabhoomi media group.