The Indian government has banned 59 Chinese apps that include some of the most prominent names such as TikTok, UC Browser, Clash of Kings, and ShareIt. 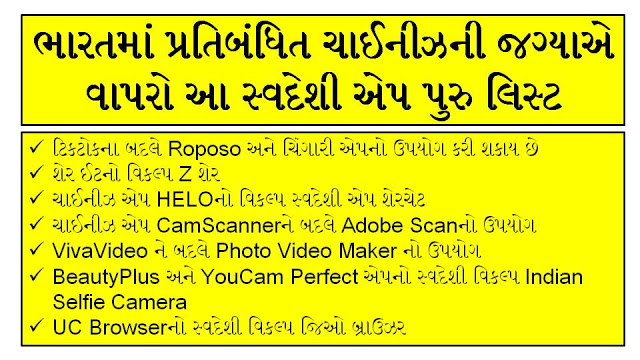 Roposo and Spark app can be used instead of TiktokRoposo is an Indian video sharing platform. It was launched in the year 2014. The latest version of the app has been launched on June 10, 2020. From the beginning, the Tiktok app has been embroiled in a number of controversies, including data theft. Now that you have finally banned it, you can use Roposo, Friends and the Spark app. All these apps are short video sharing apps, which are indigenous. The Roposo app is part of the government's citizen engagement platform MyGovIndia. The Roposo app is available for both Android and iOS users. It has been prepared by 3 students of IIT Delhi. It has received 50 million downloads on the Play Store.
Share on Facebook
Share on Twitter
Share on Google+
Share on LinkedIn
Newer Post Older Post Home